Consumers Are Anti-Science? I Don’t Buy It 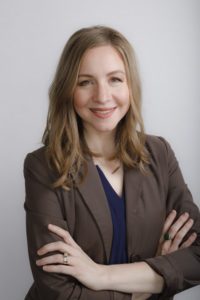 There’s a perception in the food industry that consumers are anti-science, resulting in a pervasive feeling of defeat as food and ag work to gain acceptance for innovation.

For the record, I don’t believe consumers are anti-science. Instead, consumers simply don’t know who to trust and they don’t see science shared in a way that helps them make decisions with confidence.

Digital ethnography research from The Center for Food Integrity shows that when making decisions about food, only six percent of the population takes time to dig into science nearly every time, while another 15 percent will leverage science some of the time.

The rest make decisions based on their feelings and the input of those they trust. That doesn’t mean they’re anti-science. It’s how a majority of us make decisions – whether that’s choosing a laptop, a mechanic, a gift for a friend, even which new restaurant to try.

We bring our preferences, biases, values, vulnerabilities, and the input of those we trust into the decision.

So, it’s not only about the science. It’s about connecting with consumers on shared feelings and beliefs – in other words, shared values. That’s how trust is earned.

To earn trust, communicate shared values and commit to the approach long-term. How does the innovation benefit people, animals and our planet? Once trust is earned, consumers are much more likely to consider the science, which must be communicated in a language they understand.

So, don’t make talking about science the first goal (unless you know undoubtedly that your audience values it every time). Make communicating your values the priority.

Learn more about our trust-earning training here and consider a new approach.